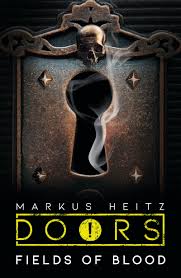 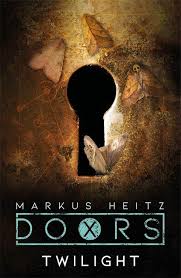 3 books, 3 worlds, 3 doors - which one will you open?
Many things lurk behind these doors.
Also the adventure...

*Not yet released in English

The free 80-page pilot episode "DOORS - The Beginning" is available in all stores.

At the end of the pilot episode, you are presented with a choice: three doors, three books - which door should the heroes step through?

The heavily wealthy father of missing Anna-Lena van Dam sends out a team of six to find his daughter - including an ex-military man, a cave climber and a parapsychologist. Each of the six is an expert in his field, each of them has something to hide. And none of them will leave the gigantic cave system under the van Dams' estate unchanged. For in the darkness, the team discovers mysterious doors, and behind them must embark on paths beyond all science and reason to save Anna-Lena.

...leads into the middle of the 1940s. But in this timeline, Nazi Germany has surrendered early, the U.S. has taken control of Europe and is threatening the resistance, led by Russia, with a nuclear strike.

If the team wants to survive, they must stop this madness - at any cost.

...brings the troupe to the early Middle Ages of the 9th century. But unlike in the history books, here the rule is not only exercised by men. While power-conscious empresses fight each other, male conspirators plan the end of the matriarchy.

In search of Anna-Lena, the team finds itself in the middle of the action as Europe is heading for a gigantic battle.

... unexpectedly makes the team look into their own nightmares, with no escape. Do you know how to defeat your own demons?

Moreover, in the underground realm of the cave system exists much more, which is not of this world. And the only escape route leads to a menacing cyberpunk future vision.

The topos door is as old as the invention of the door itself and can be found in every form of literature at all times.

Mysterious doors like in "Narnia" or the heavenly door to paradise, the gate through which Goldmarie and Pechmarie have to pass, the always locked door in horror and thriller novels and films, the view through the keyhole, eavesdropping at the door, the forbidden door, the heavy steel bulkhead on the ship and in outer space, or even the closet door that separates the child from the monster, and so on.

Conclusion: without a door, very many narratives would have a major suspense problem.

Once again, the old rule of storytelling applies: Everything has somehow been there before - but it depends on what you do with it!

True to this motto, I developed DOORS because I like precisely these infinite possibilities.